Team Quacker Wackers headed north this past weekend to try to shoot some birds in the Western Upper Peninsula.  We weren’t disappointed as several flights of wigeon and ring-necked ducks parachuted out of the sky to give us some good shooting.  We totaled 22 ducks and managed to take seven different species!  The different species included wigeon, ring-necked ducks, blue-winged teal, mallards, black ducks, northern shoveler, and wood ducks. We had six members in the camp and harvested the birds in a variety of methods: over a traditional decoy spread, jump-shooting potholes, and layout shooting (without decoys). We had a great time with an awesome group and incredible food – including Turkish pickles! 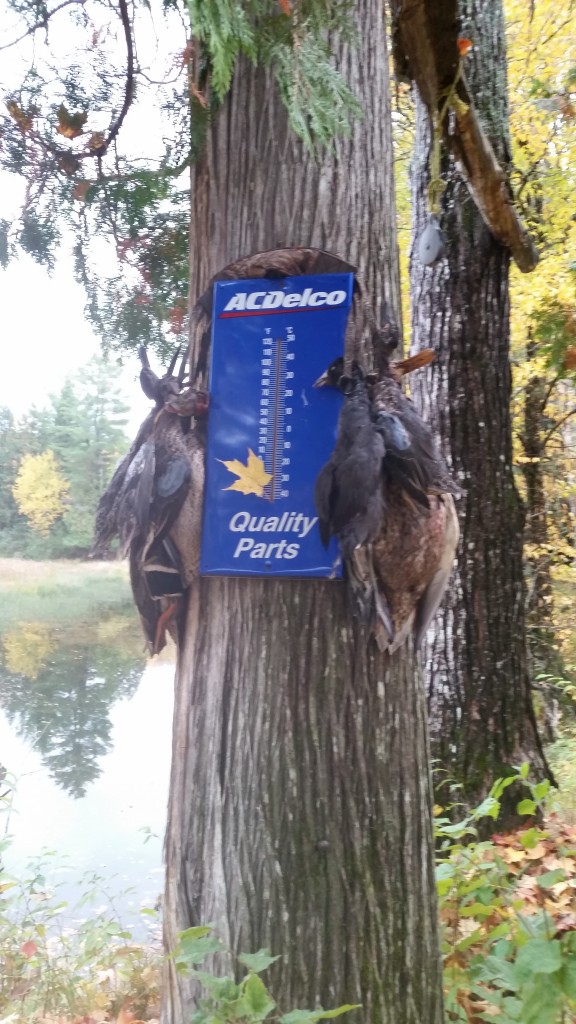